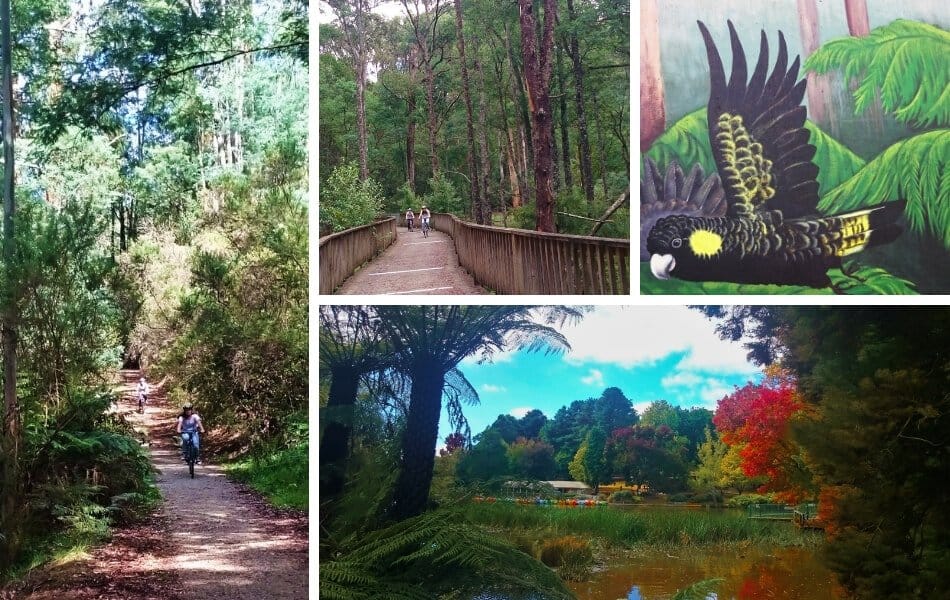 Bike Ride the Emerald to Cockatoo and Gembrook Trail

Bike ride or walk along this great trail, ideal for families. A dog and pram friendly walk from Emerald Village to Cockatoo, with an option to continue another 6.5 km on the newly opened (2018) section of the multi-use trail to Gembrook.

Leaving from Emerald, Cockatoo, or Gembrook, the trail follows the Puffing Billy Railway line for some of the way, passing through Emerald Lake Park and Wright’s Forest, crossing a few roads along the way and passing by one of Puffing Billy’s wooden trestle bridges.

Some sections are downhill and reasonably steep between Emerald and Cockatoo though not extreme.

From Emerald, the trail begins where the Puffing Billy Railway line crosses Kilvington Drive, behind the Gemco Players Community theatre. Yellow arrows are quite distinct and are easy to follow.

A short distance along the track, cross over the train tracks and follow the path to the left. Carefully cross over the Beaconsfield – Emerald Road and head down Crichton Road.

The yellow arrows and signage point off to the right, heading down into Emerald Lake Park. Pass through the main car parking area at the Lake and follow the main entry road around the lake to join the trail again.

Crossover Bellbird Crescent, turn right and follow the road a short distance until the track starts again on the left, heading uphill and over the Puffing Billy Train line and into Wright forest and follow the arrows along Wright Track. The trail through the forest is gently undulating and has a good firm surface most of the time. It can be slippery when wet and on some loose gravel. Always use caution.

The trail comes out on Bailey Road in Cockatoo, close to the main street. Plenty of cafes and a small IGA in Cockatoo. 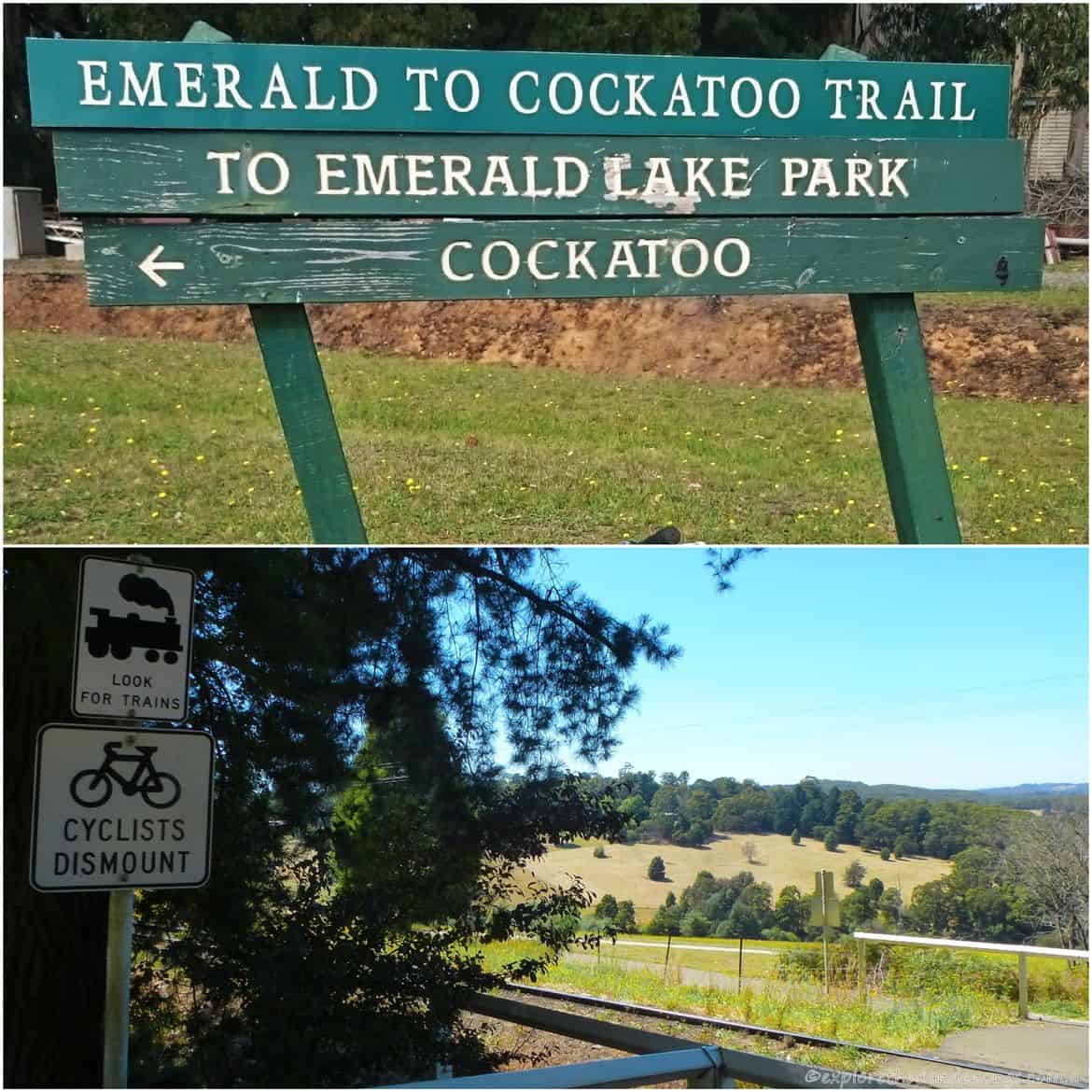 Starting at Kilvington Drive, Emerald, follow the track behind the Gemco Theatre and cross the train track, heading left from the other side. Cross over the Emerald-Beaconsfield Road and continue down… 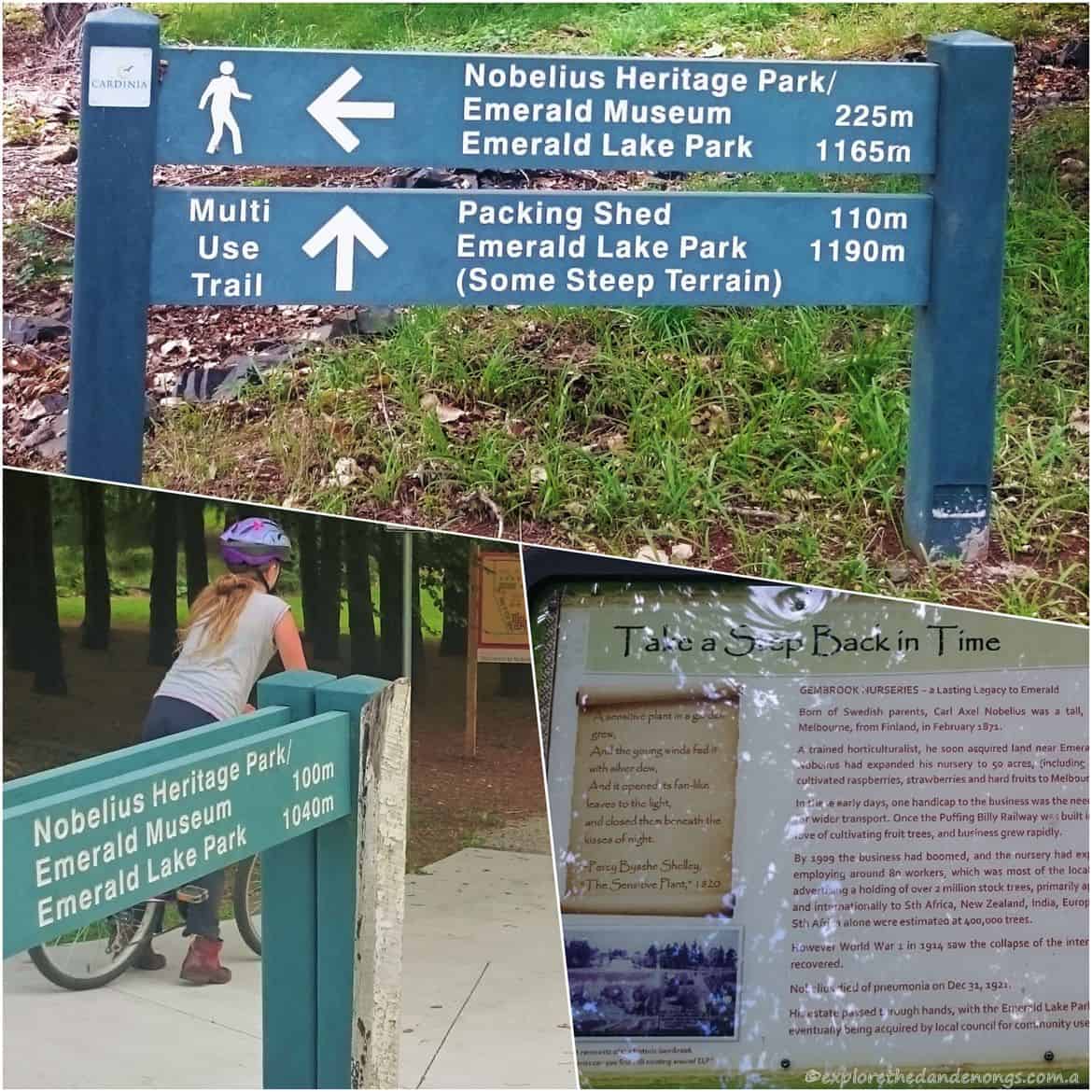 Two options: Both about the same distance. Bike riders are advised to use the Nobelius Heritage Park track. A lovely section in Autumn with many deciduous trees, take time out to read some history along the way… 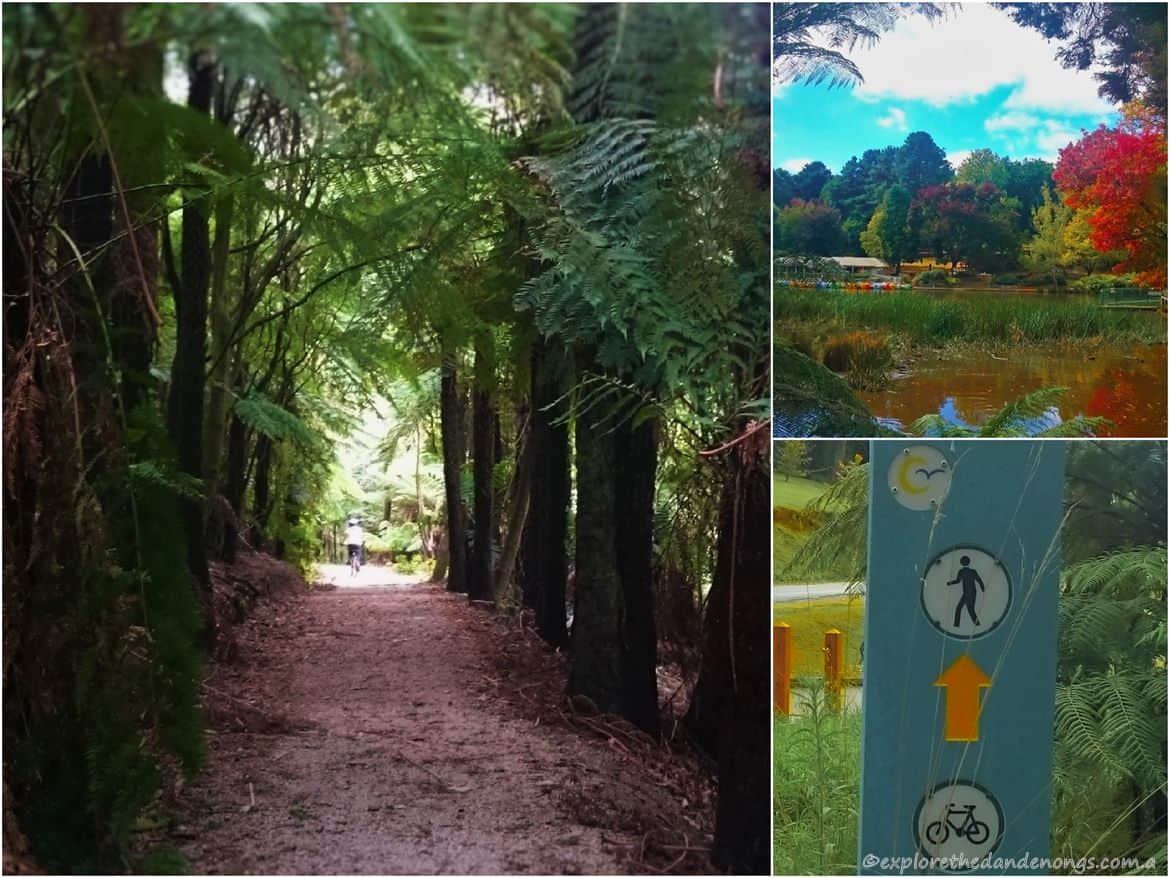 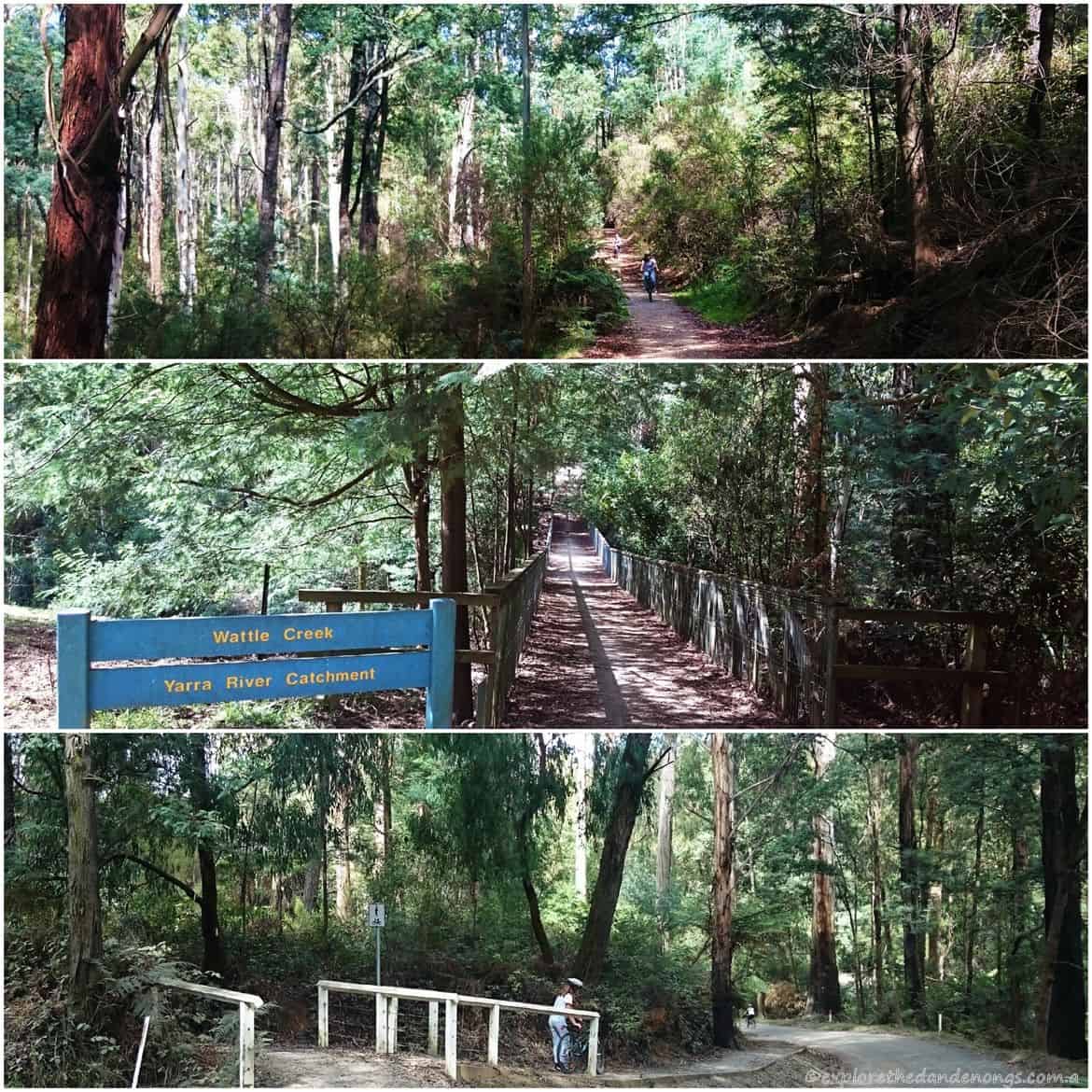 Ride on through woodlands and over a couple of bridges before crossing Bellbird Crescent. Turn right and follow the unmade road until the track begins again on the left… over the Puffing Billy Train track and turn right into Wright’s Forest. 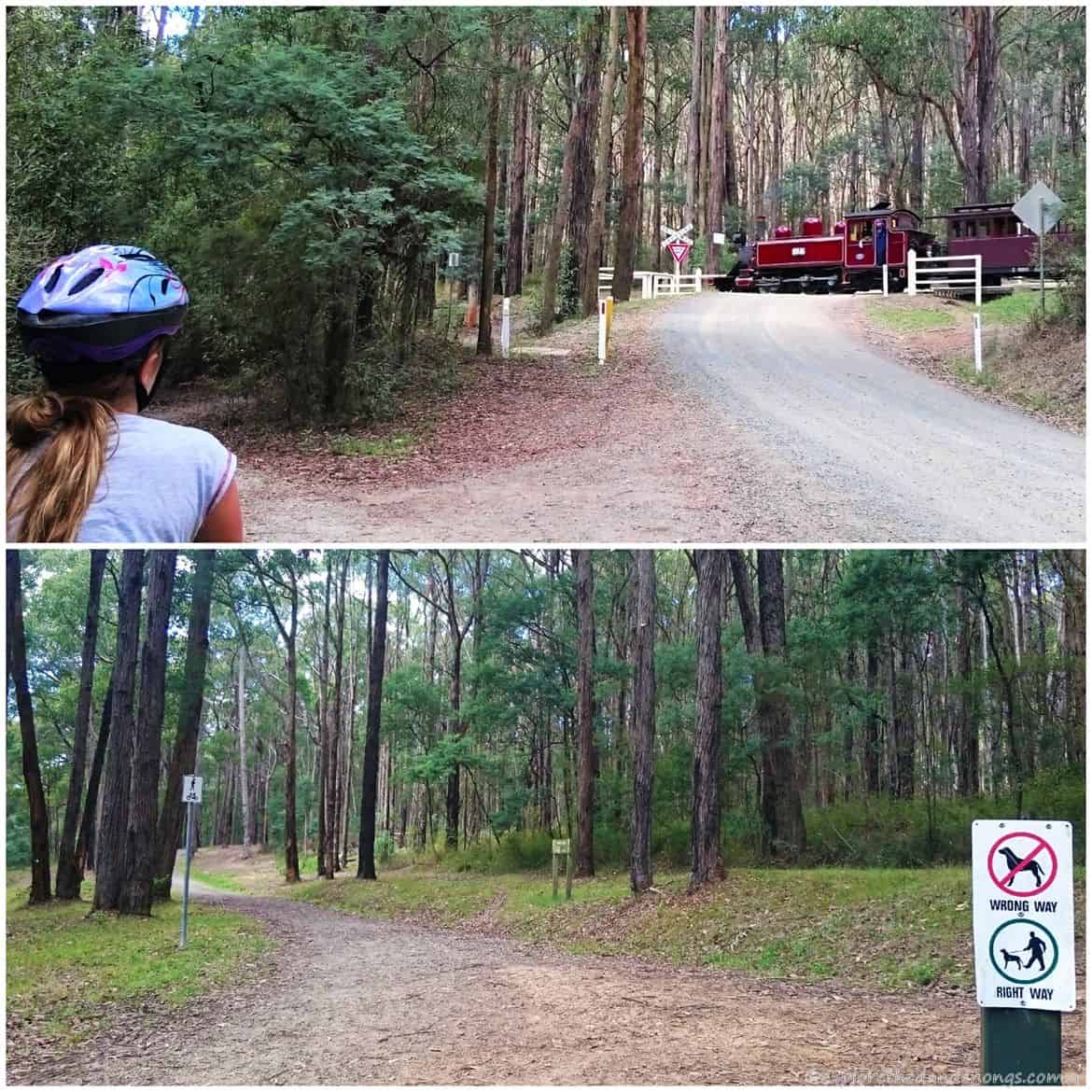 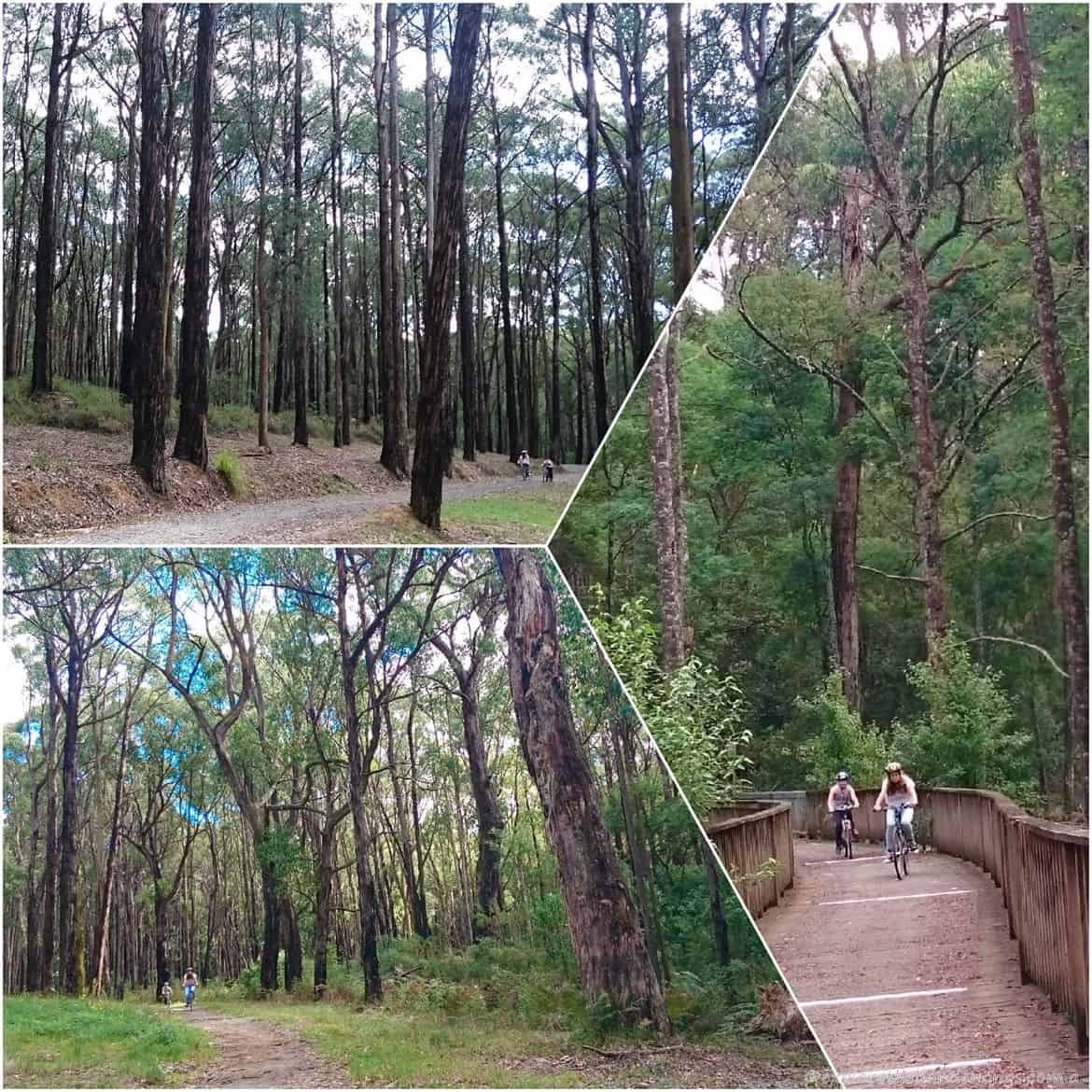 Cruise through the forest, following the yellow arrows. Reasonably easy riding with a couple of inclines and downhill sections. 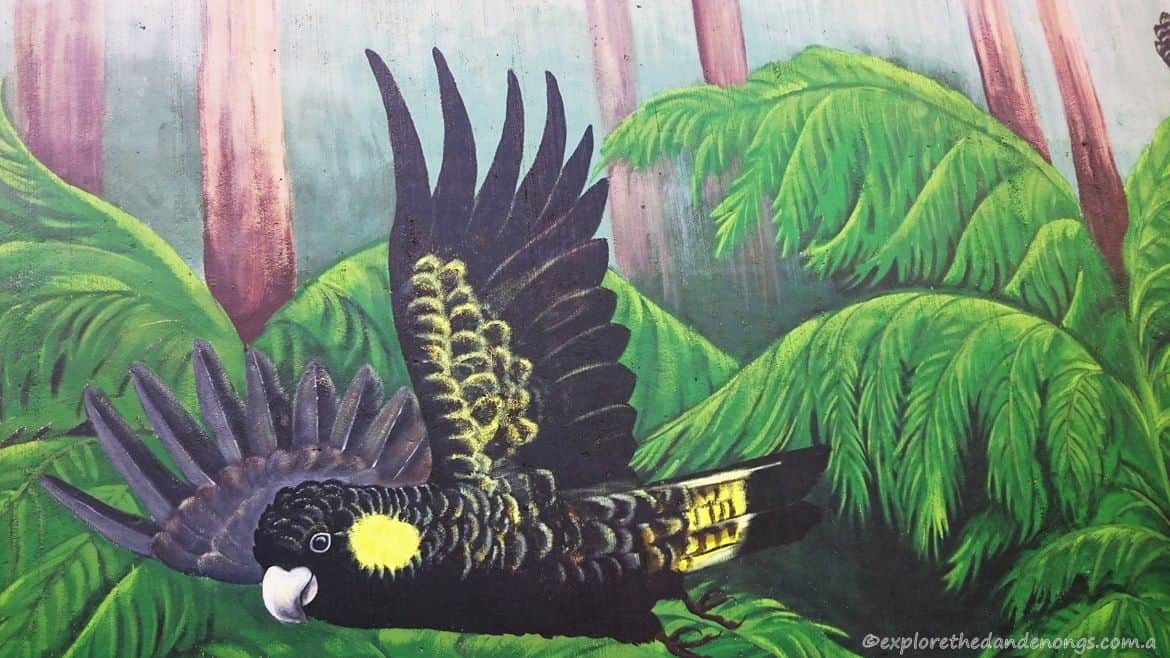 Cockatoo! A nice little village with plenty of places to eat and a super mural on McBride’s street depicting yellow tail black cockatoos.

Continue the remaining 6 km of the trail to Gembrook, catch a local bus or hop aboard Puffing Billy…

When arriving at Cockatoo, turn left and follow Mc Bride Steet past the Ash Wednesday Bush Fire Education Centre up the main street past all the shops and cafes. Turn right at the top onto Emerald Gembrook Road and follow the path…

The trail crosses over the road at times where it is possible to catch a bus if need be. Fresh free range eggs can even be bought from a roadside stall on the way. Expect to see horses, farms and curious Alpacas…

When arriving in Gembrook, the trail finishes by the Puffing Billy Station where there are a small playground and picnic areas as well as good eating spots.

Plenty of places to eat in Cockatoo… 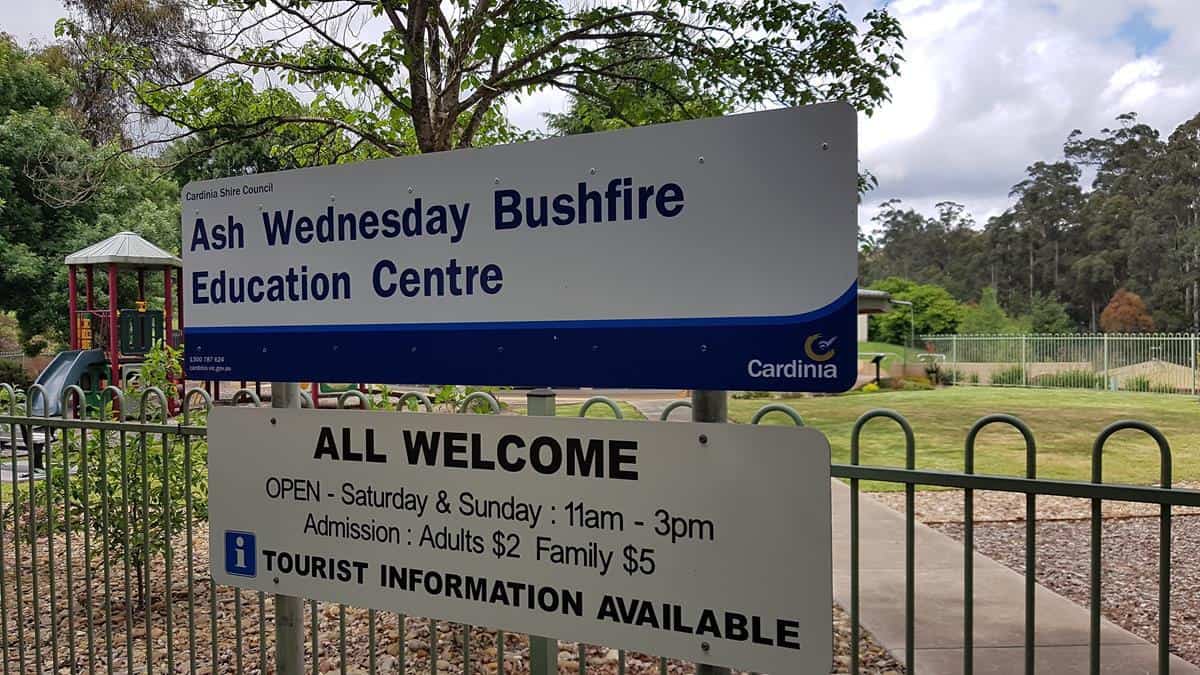 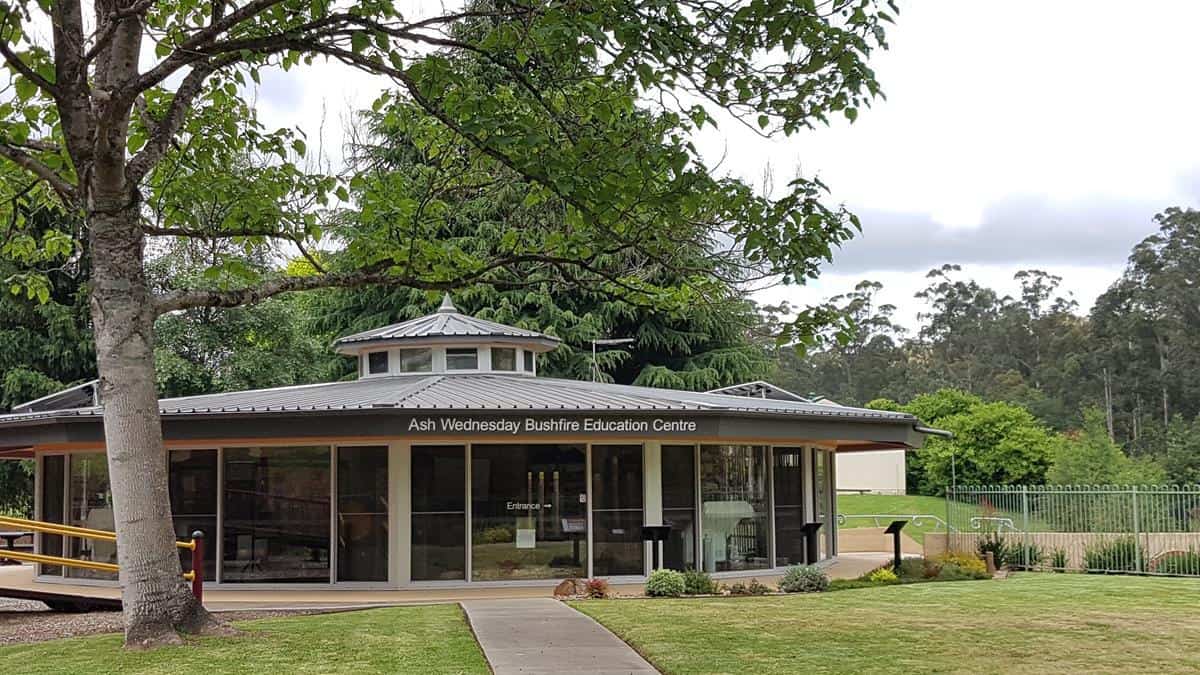 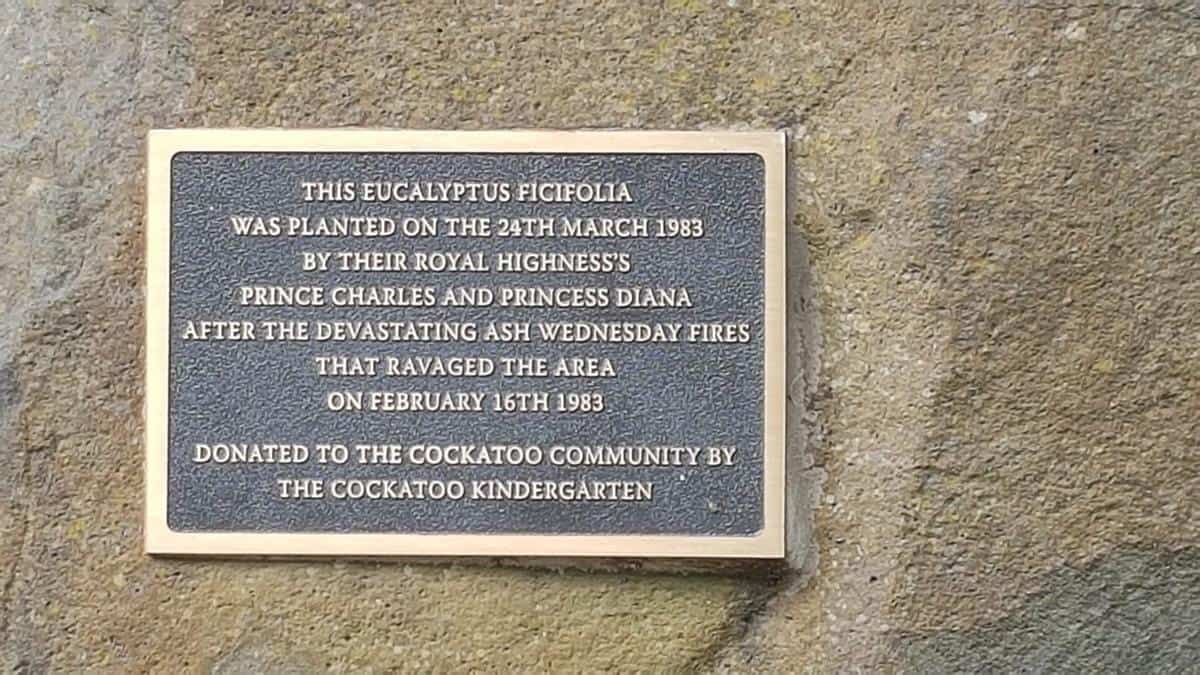 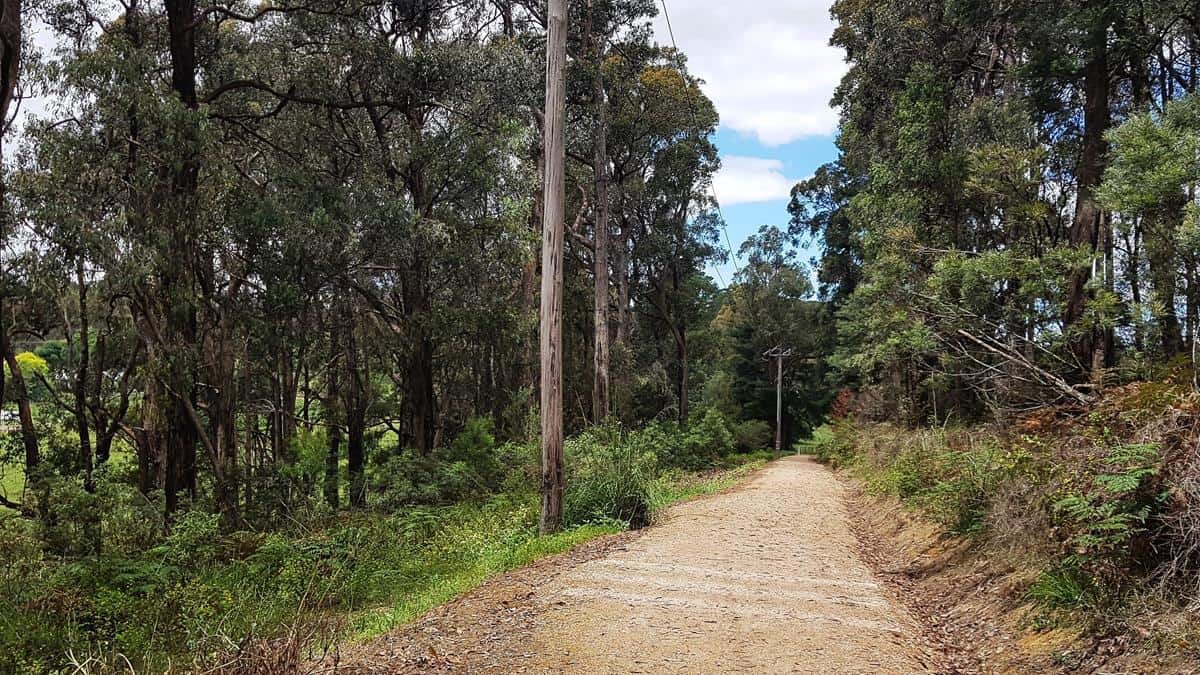 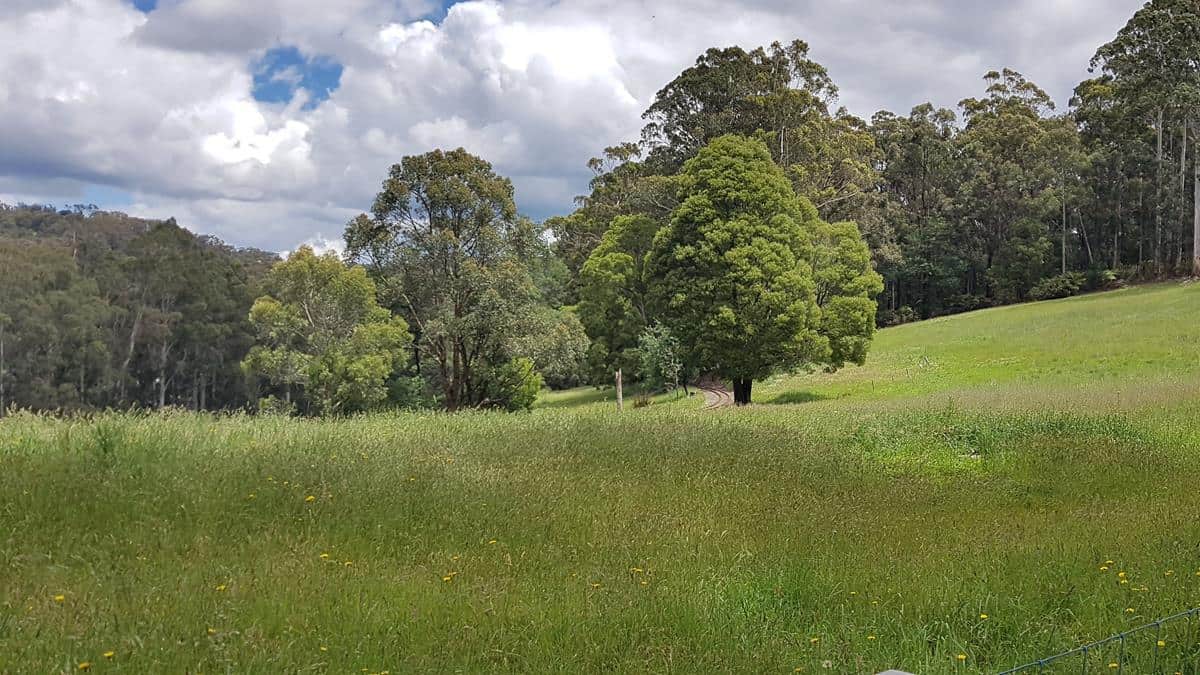 Passing by Puffing Billy train track and the Whistle Stop Bed and Breakfast accommodation. This would be an ideal place to stay overnight for anyone wanting to make the ride or walk into a weekend adventure! 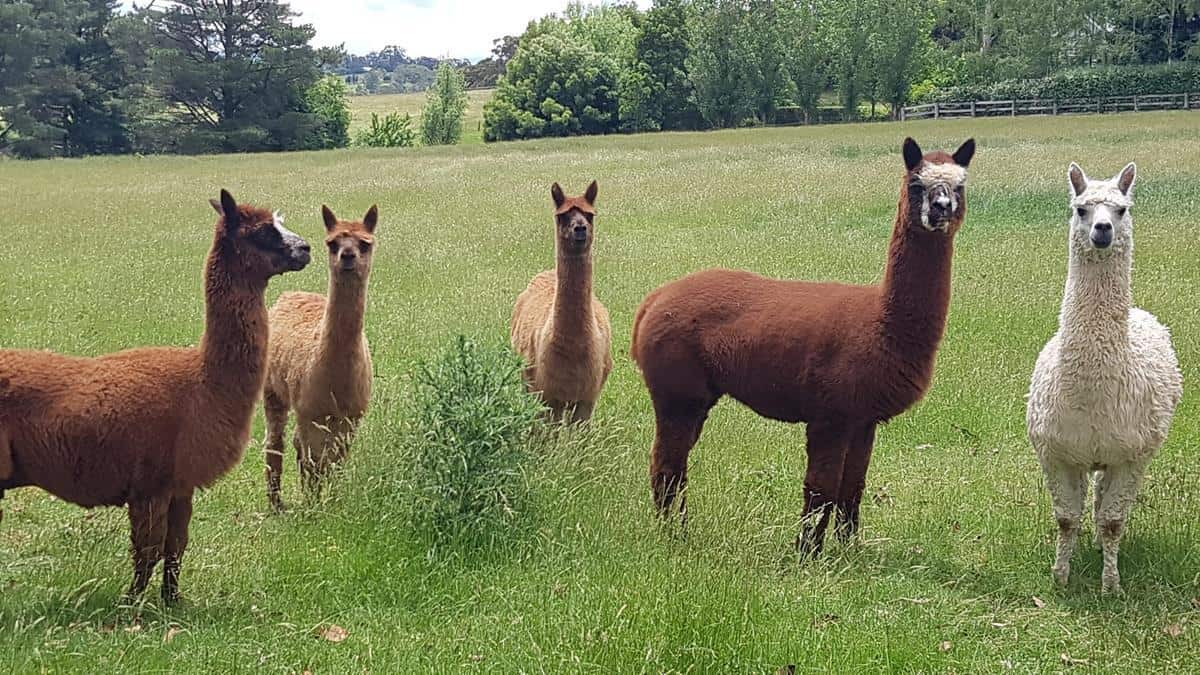 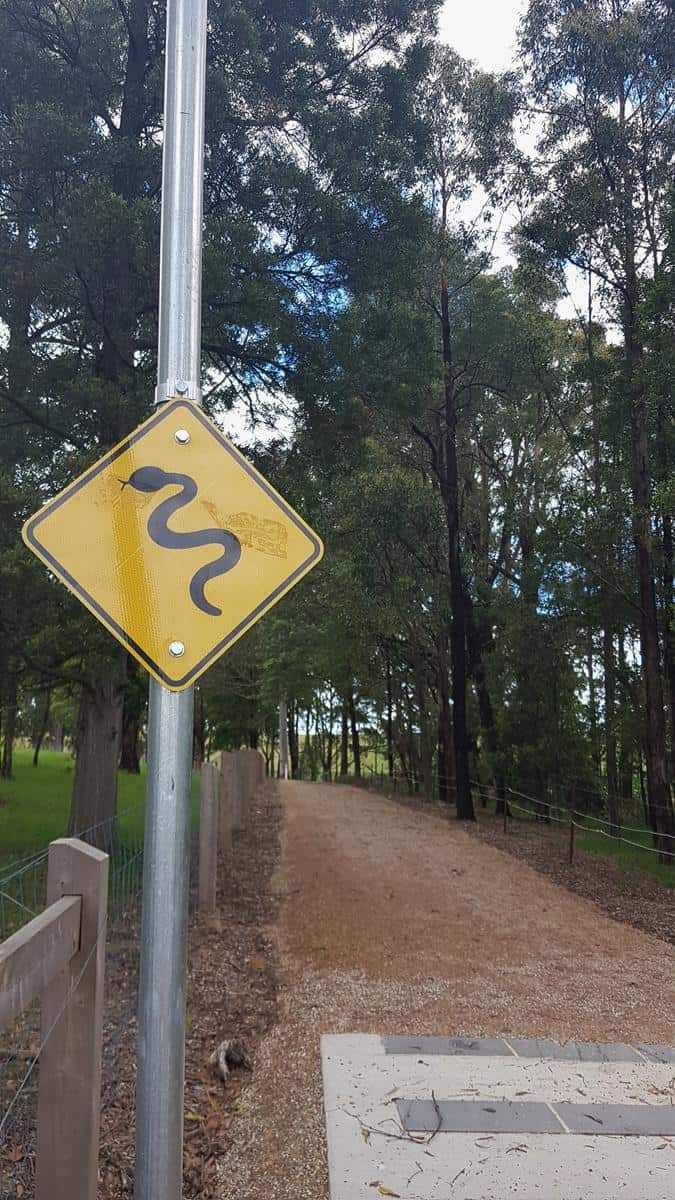 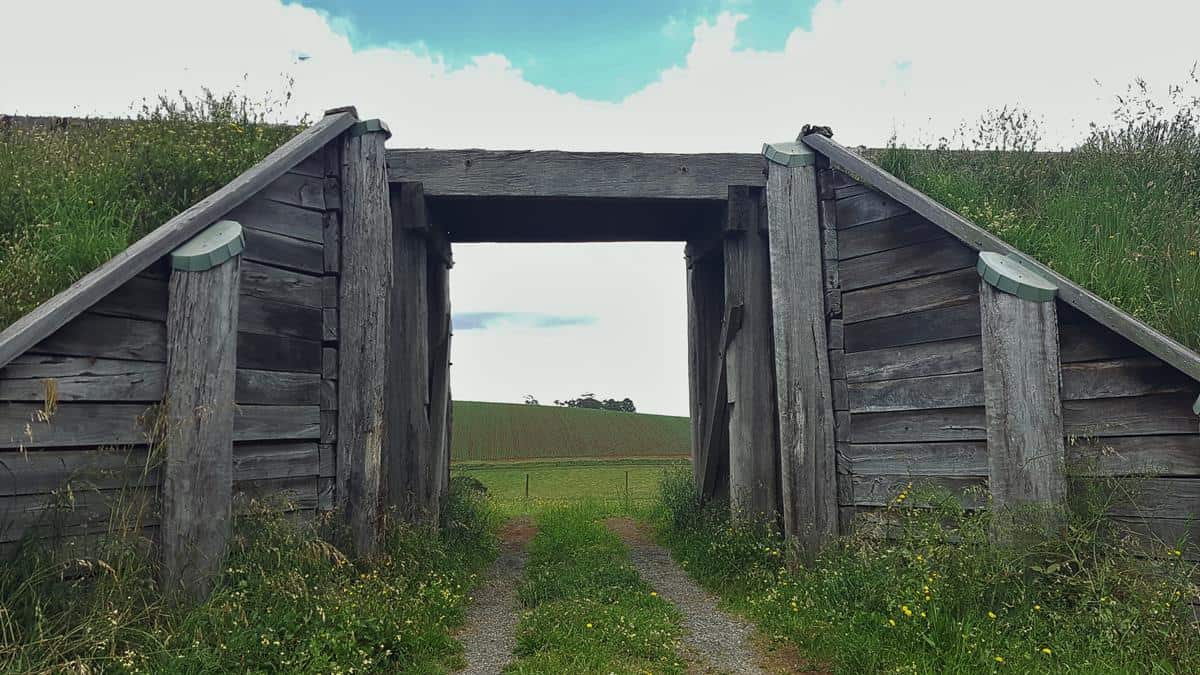 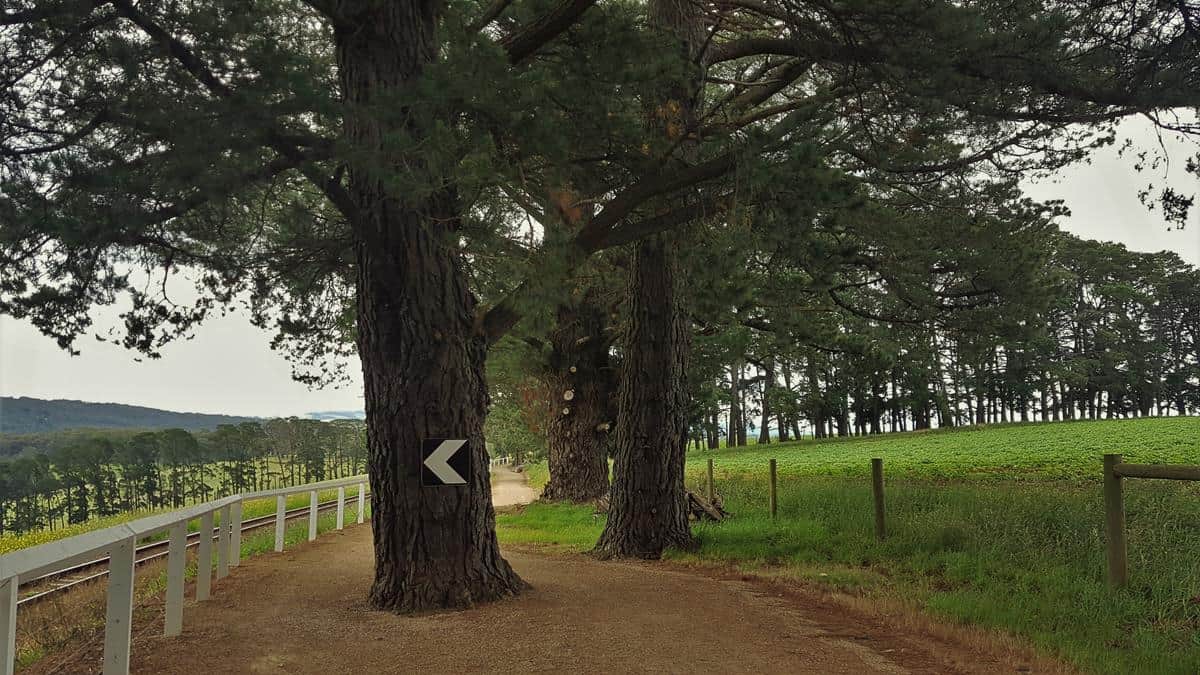 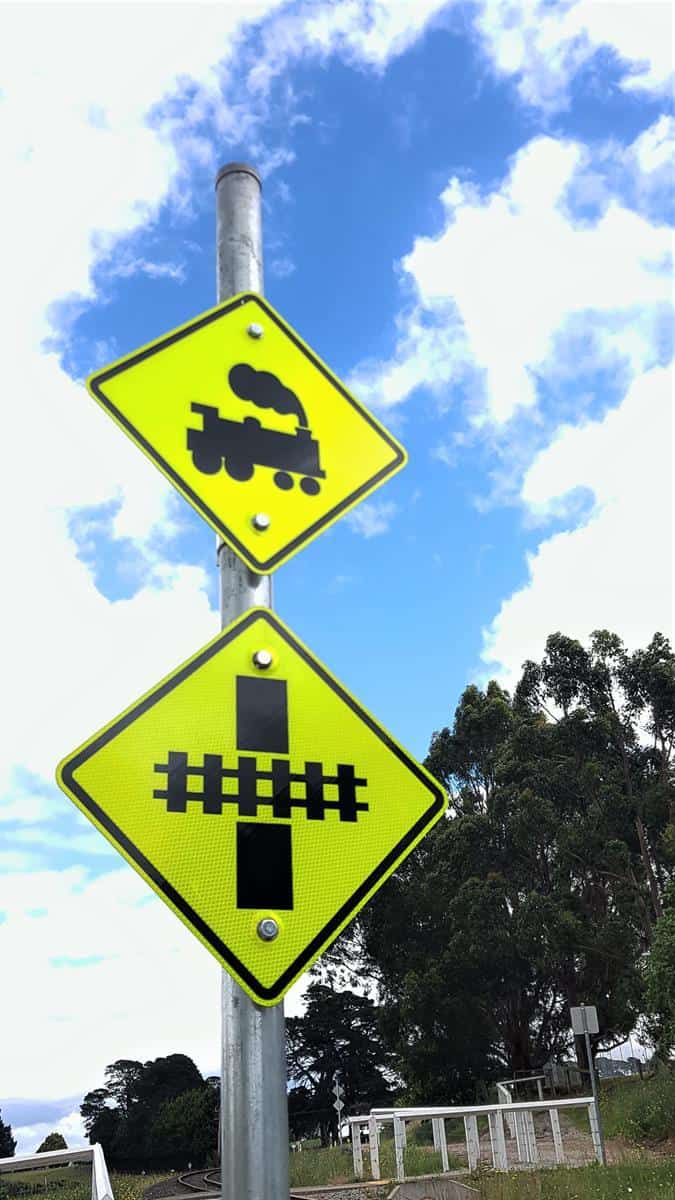 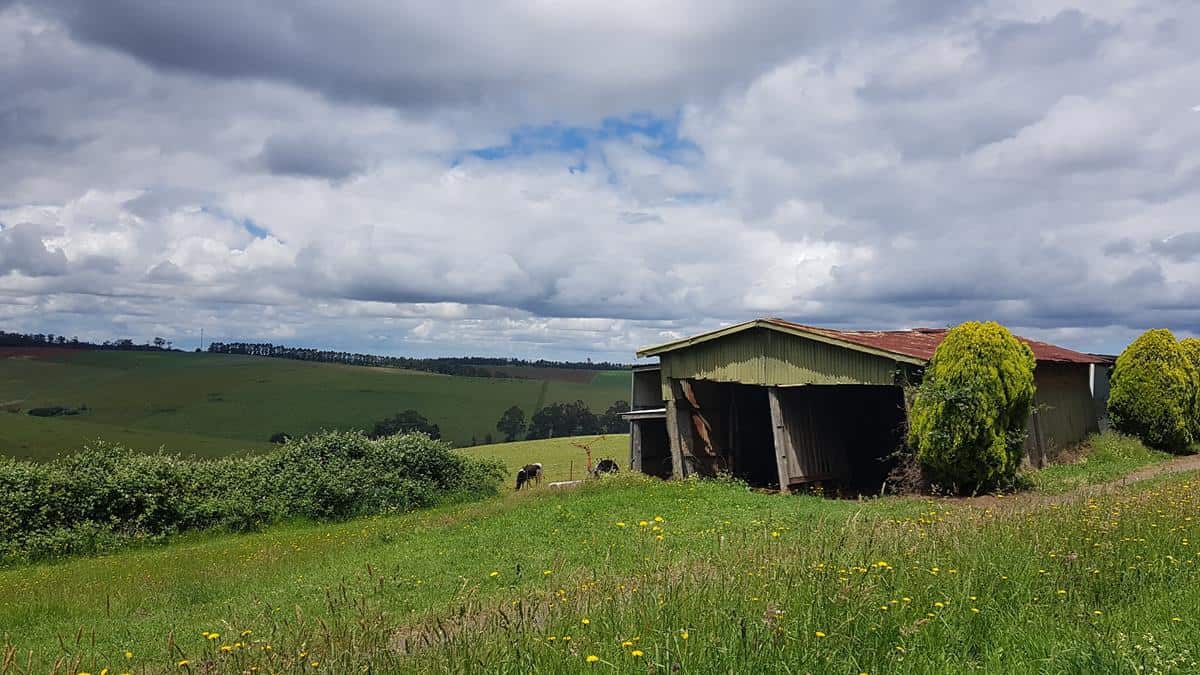 Looking across farmland to the mountains and even Mt Juliet can be seen – the little peak to the left. 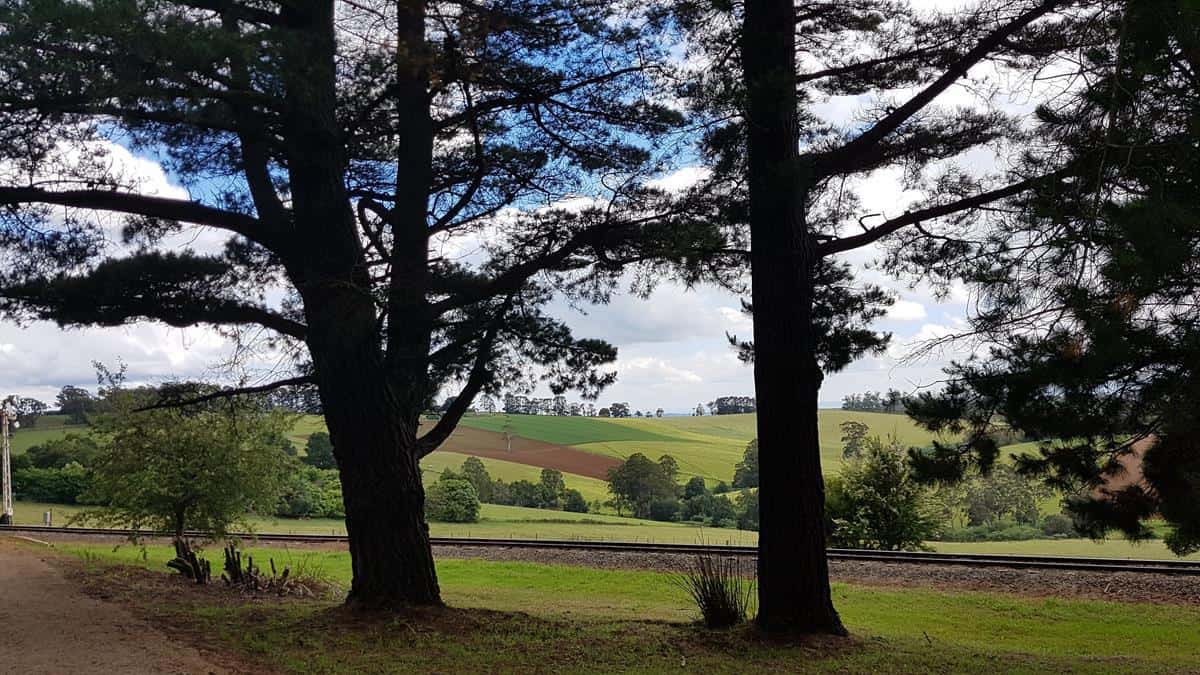 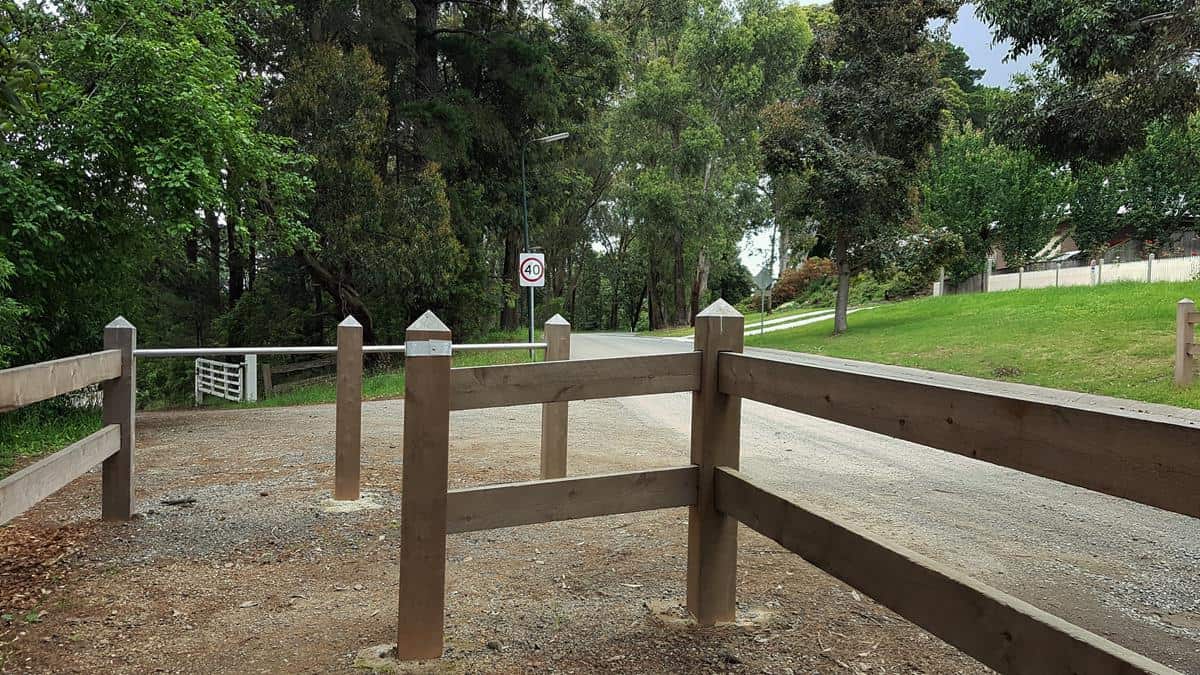 Arriving in Gembrook. Follow the road into town or turn left through the white gates and arrive at the Puffing Billy Station.

Find out more about Gembrook – Markets, history, and the village shops.